A Sustainable and Efficient Way to do Periodic Promotion

What problems to address:

1. Mass merchants routinely make, print and distribute large volume of paper flyers to consumer households and in their store locations. The costs relative to such an operation are very significant in terms of materials cost and labor cost and cost to the environment. The latter is due to

Pollution resulting from the combustion of carbon-based fuels used by transport vehicles used in moving the paper before and after printing.

The chemical pollution relative to the manufacture of inks.

Pollution to the environment caused by the disposal, or the lack thereof, of the tons of paper waste generated everyday.

2. Printed flyers for promotion as a notion has some serious inherent disadvantages:

What is printed and distributed in public cannot be changed: You cannot change the statements made relative to price, validity period, participating stores (available at), etc.

The paper flyer is stationary; it cannot proactively present itself; it would be nice if it can and better still if it can do so in a timely fashion. It is not doing a good job of Pull advertising and definitely not able to do Push advertising.

The printed flyer way of promotion lacks the ability to give visibility to the advertiser as to its performance – whether the advertisement is working and to what degree.

An Effective & Efficient Solution in the form of digital presentation using AR (Augmented Reality) and VR (Virtual Reality) techniques is now available as a cloud-based managed service that brilliantly addresses all the problems and disadvantages above-stated.

It is a service named UNSDGiPROMO which is one of several managed services provided by PizzzAR Service Platform.

PizzzAR is a high efficacy and super cost efficient digital medium for advertisement and promotion campaigns, featuring AR/VR/MR Production, location-aware function, view data capture and big data analytics in a comprehensive cloud-based managed service provision. It is a disruptive technology in the media advertising space that does both pull and push operation for the advertisement.

The essential components of PizzzAR service provision are

It is to be downloaded from app stores into a Smartphone/Tablet by the user.

It is a distinct AR Production/ VR Production that runs within PizzzAR app; each Project is an advertisement or promotion campaign.

it is usually a small printed image of size no smaller than 2.5” x 2.5” but it can also be a physical object of a distinct shape, a building or a structure. each one representing a Project.

This is the reading of a Marker or the detection of a certain location specific data such as a set of GPS coordinates; the trigger invokes the Project to play in the Smartphone or Tablet.

Contents for each advertisement or promotion to be played; these are all digital assets that are stored in the cloud-based server and are readily available to be transported, on demand, for use by PizzzAR app when a Project is triggered to play. 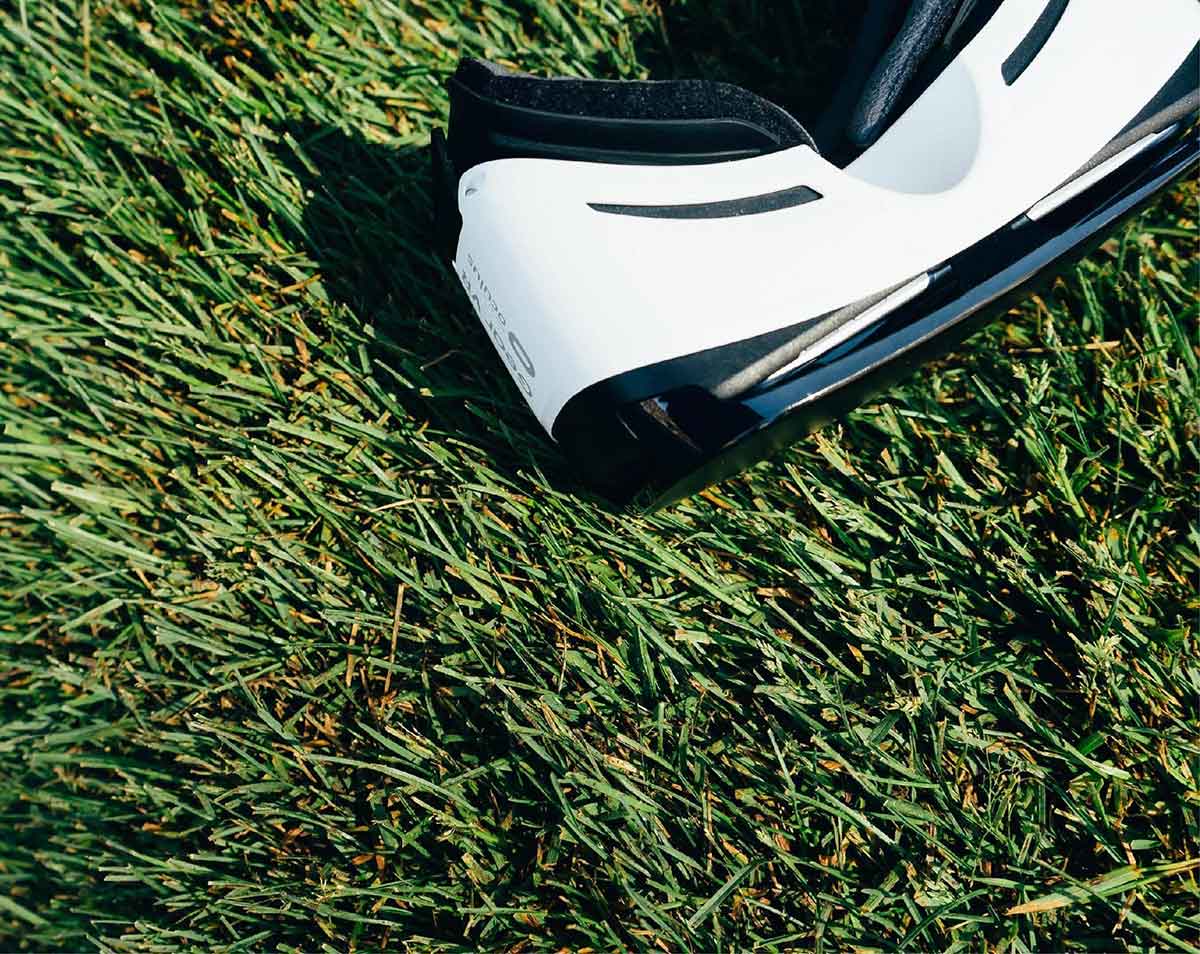 Augmented Reality (AR) enables users to experience the world around them as is, but with the enhancement in the form of additional layers of digital content over and above Reality such as images, sound, video and text; contents information that is available and relevant to the user's specific situation at the time.

Virtual Reality is a three-dimensional, computer generated environment which can be explored and interacted with by a person. That person becomes part of this virtual world or is immersed within this environment and whilst there, is able to manipulate objects or perform a series of actions.

Mixed Reality (MR) is the combination of operation and experience in an environment where one can avail oneself of the advantages of Augmented Reality (AR), Virtual Reality (VR) and yet being able to interact with the AR presentation with actions/interactions in physical reality.

All contents for the ad and promo campaigns are digital and cloud-based. The digital assets are readily available for transport from the Cloud to the play-station (Smartphone or Tablet) connected to the Internet anywhere in the world.

Contents are a one-time production of the digital assets for use relative to a Project. The digital assets of a Project reside in a cloud-based server and are available on-demand for transport from the cloud server to a Smartphone/Tablet running PizzzAR app that is triggered to play the Project with the reading of a Marker or the detection of the location coordinates of the Smartphone/Tablet in a specific location anywhere when connected to the Internet.

The contents of the Project can be updated with ease simply by uploading the updated assets to the cloud-based server.

There is no need to make any change to the Marker that is out there for public viewing and use when there is a need to update the contents of the ad/promo campaigns.

The ad and promo campaign plays to an interested party anywhere in the world that is connected to the Internet.

Multiple sessions of playing of the Project can take place concurrently across time zones anywhere in the world as long as the user/viewer has Internet connection.

The operation of the service and its functional features are outlined as follows by way of an example with Food Basic, a major supermarket chain in South Africa as the mass merchant.

To cut costs and thereby improve its bottom line.

To improve its bottom line by being able to efficiently manage supply and demand situation and best-value pricing of their products offered to the customers, the consumers.

While being a socially responsible corporate citizen in doing its part in addressing the causes of global warming and the issues concerning clean air and potable water.

The following are the things Food Basics has to do to implement the service:

The Markers are to be used for triggering the presentation of Advertisement/Promotion on food items in Augmented Reality (AR) Production when a consumer/shopper who has PizzzAR app running in their Smartphone points its camera on a certain Marker on the sheet of Markers.

For instance when the camera of the Smartphone is pointed at the Marker for meats, the action triggers the presentation of an advertisement in Augmented Reality Production showing

an image of a very attractive cut of Sirloin Steak with “250 gram” next to it
special price: Rand 100
limited time offer: “Weekend of Jan. 6-7, 2018”
available at store locations: Main Store Downtown and all locations in Muizenburg.

It should be mentioned that digital assets used in the AR Production have to be created prior to the launch of the promotion. There is significant work involved here for the creation of graphics and AR production. But a great deal of the digital graphics can be re-used for other promotions to be offered at other times.

Each AR Production of digital images can accommodate changes to the Price, Validity Period of the Special Offer and the Available-at locations that can be easily and quickly updated or changed through an API that PizzzAR service platform provides to the mass merchant. The changes can be automatically made as and when the variable items are updated in a certain database or an Excel file.

The UNSDGiPROMO service is implemented with location-aware technology for both indoors and outdoors situation that is useful for capturing data for the study of the performance of the advertisement/promotion campaign. The kinds of data include:

The consumer/viewer when viewing an AR Production of an advertisement or promotion may tap on the food item that they consider as good deals; the action will register it in a folder for Good Deals in the cloud-based server of PizzzAR service platform. Thus when the consumer checks/views through all the digital advertisements that are presented with each action of pointing the camera of the Smartphone at the Marker (image) of a particular food item—Meat, Fish, Vegetable, Cereal, etc.—and makes the selection by tapping, the consumer has now made a list of things to buy or consider buying.

The various entries in the Good Deals folder will be presented automatically to the consumer when they arrive at the Food Basics supermarket. This action is the result of the operation of the location-aware function of the service. When the PizzzzAR or UNSDGiPROMO app detects that the consumer is near or in the Food Basics supermarket location, it presents to their Smartphone the list of Good Deals that has been created.

The UNSDGiPROMO service also does Push advertising in a manner described as follows:

With the placement of appropriately situated iBeacon sensors in individual aisles of the supermarket location, the PizzzAR / UNSDGiPROMO app can push appropriate advertisement/promotion messages relevant to the food items on the aisle—about what is on special and even suggestions of recipes for healthy living and what food to buy— to the display of the shopper’s Smartphone as they find themselves in various aisles of the supermarket location.

Through the operation of the technique of Big Data Analytics, very useful inferences can be derived from the large quantity of data captured or collected. The results of such analyses are presented in graphical display and heat maps in the dashboard available to the sales and operation managers of the promotion.

Here’s a good illustration of Big Data Analytics in action:

Two days into the running of a new promotion in the Cape Town area, the PizzzAR service platform had collected large aggregate volume of entries in Good Deals Folders of a certain food item, say 250 gram sirloin steak being offered at Rand 100 each which indicated that there was a great deal of interest in the item. And yet the sales figures report from certain store locations of Food Bascais showed that there were below average quantities of the sirloin steak sold.

An alarm was set off to investigate the reason/cause of such performance. As it happens, it was found that some competing grocery stores were offering concurrently a 250 gram sirloin steak at Rand 98.

Food Bascais then quickly reduced the price of the 250 gram sirloin steak to Rand 95 in order to maintain their best-value policy and to ward off the competition.

Note that changing the price of the special promotion in the AR-enabled presentation of the advertisement/promotion message can be made by the advertiser in/with a few keystrokes.

On a positive note, if the data analyses show that a certain promotion is working extremely well and the supply of the food item is being depleted faster than anticipated, the advertiser can make a decision to adjust the special price higher and thus making a larger profit margin in the sale of the item.

In the event that an unexpected occurrence has caused the supply to be short for the item being advertised/promoted, the advertiser can decide to remove or suspend the AR-enabled promotion or raise the special price offer to safeguard the situation or to get better profit margin for the item sold as the case may be according to supply and demand consideration. 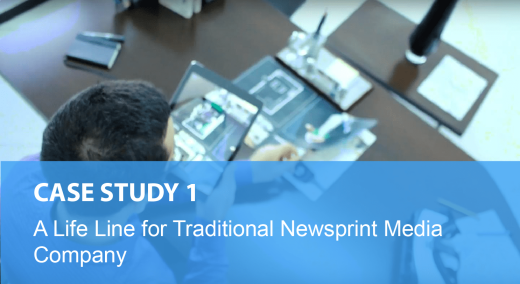 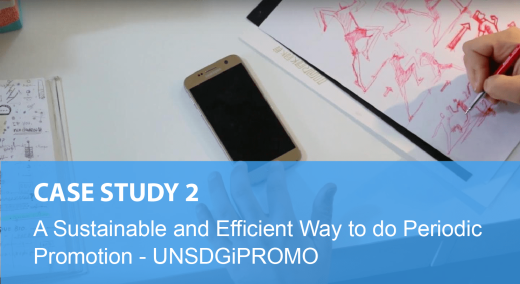